From March 2020 onwards we have been conducting limited field activities due to the Covid-19 pandemic and instead had conducted virtual talks on birding for students.
Not wanting the pandemic to put roadblocks in our path of conservation and our efforts to create awareness about nature and environment and their preservation, TNV decided to host webinars and invited experts to express their views about the many challenges to our environment and nature, their solutions and the road map to successfully achieve goals!

An evening with Dr MK Ranjitsinh


The Return Of The Tigers In Panna – A talk 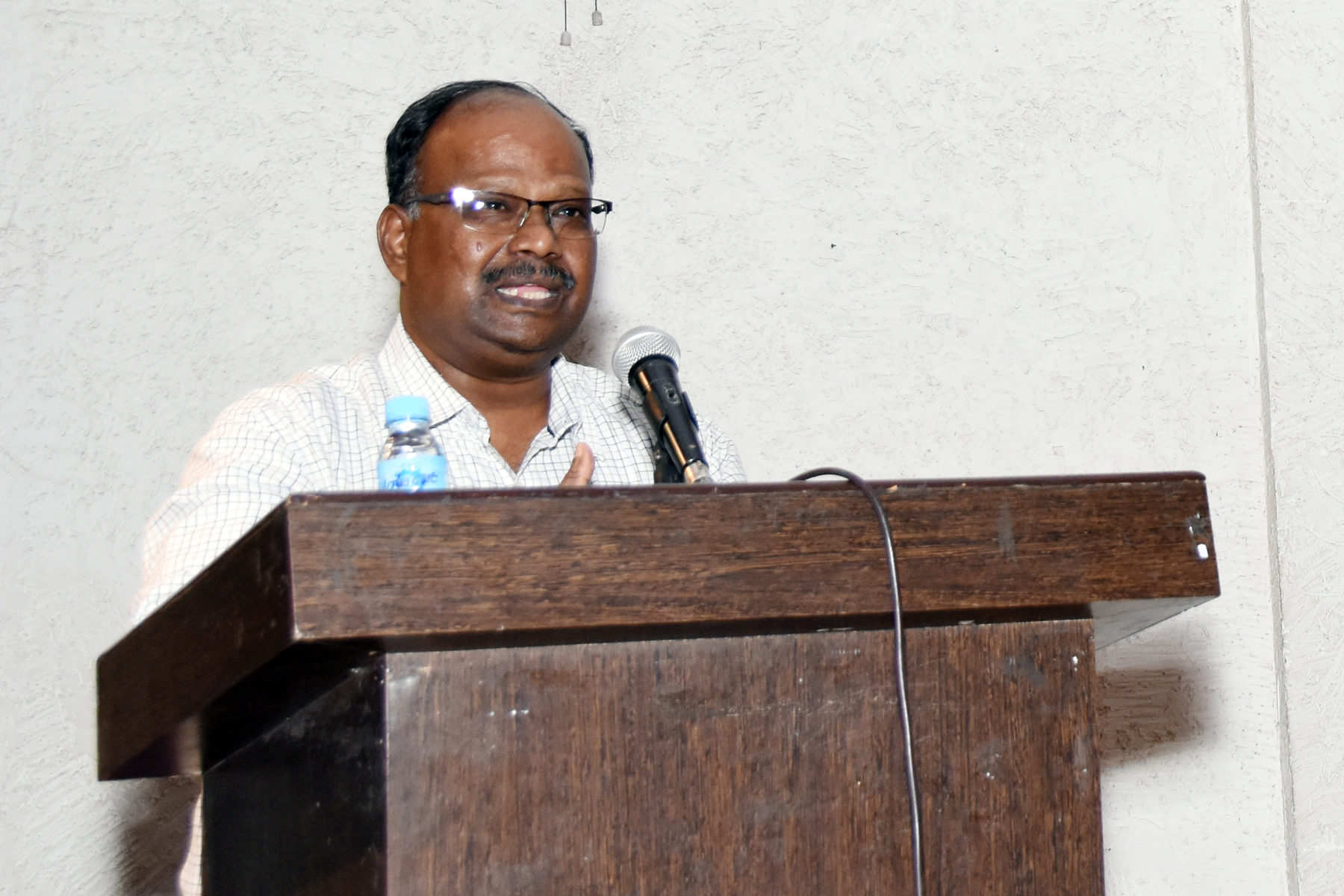 the National Wildlife Week every year from 2nd October to 8th October. This year, on this occasion TNV organized a talk by Mr R Sreenivasa Murthy, a senior Indian Forest Service (IFS) officer, Member Secretary/APCCF MP State Biodiversity Board. One of the leading experts on Tigers. The person who was instrumental in bringing back the tigers in the Panna Tiger Reserve. TNV wanted more and more people to know the success story of the Panna Tiger Reserve. At one time the Park was left with no Tigers at all and it was the tireless efforts of our guest speaker, Mr R Sreenivasa Murthy that Tigers were successfully re-introduced in Panna. Mr Murthy addressed a full house at the Pritamlal Dua Auditorium, Indore on 5th Oct, 2018. He spoke at length about his experiences and with special reference to Panna. He said that the conservation of tigers of Panna was mainly possible by linking tigers to the pride of the local communities. Dr Upinder Dhar, Vice Chancellor Shri Vaishnav Vidyapeeth Vishwavidyalaya, Indore was the Chief Guest.

Workshop on Bird monitoring and documentation

Realising a century old dream for a glorious future


Certificate Course in Basic Ornithology - I 2016

On 21 st November 2020, in village Pitambali, in Badwah district, on the 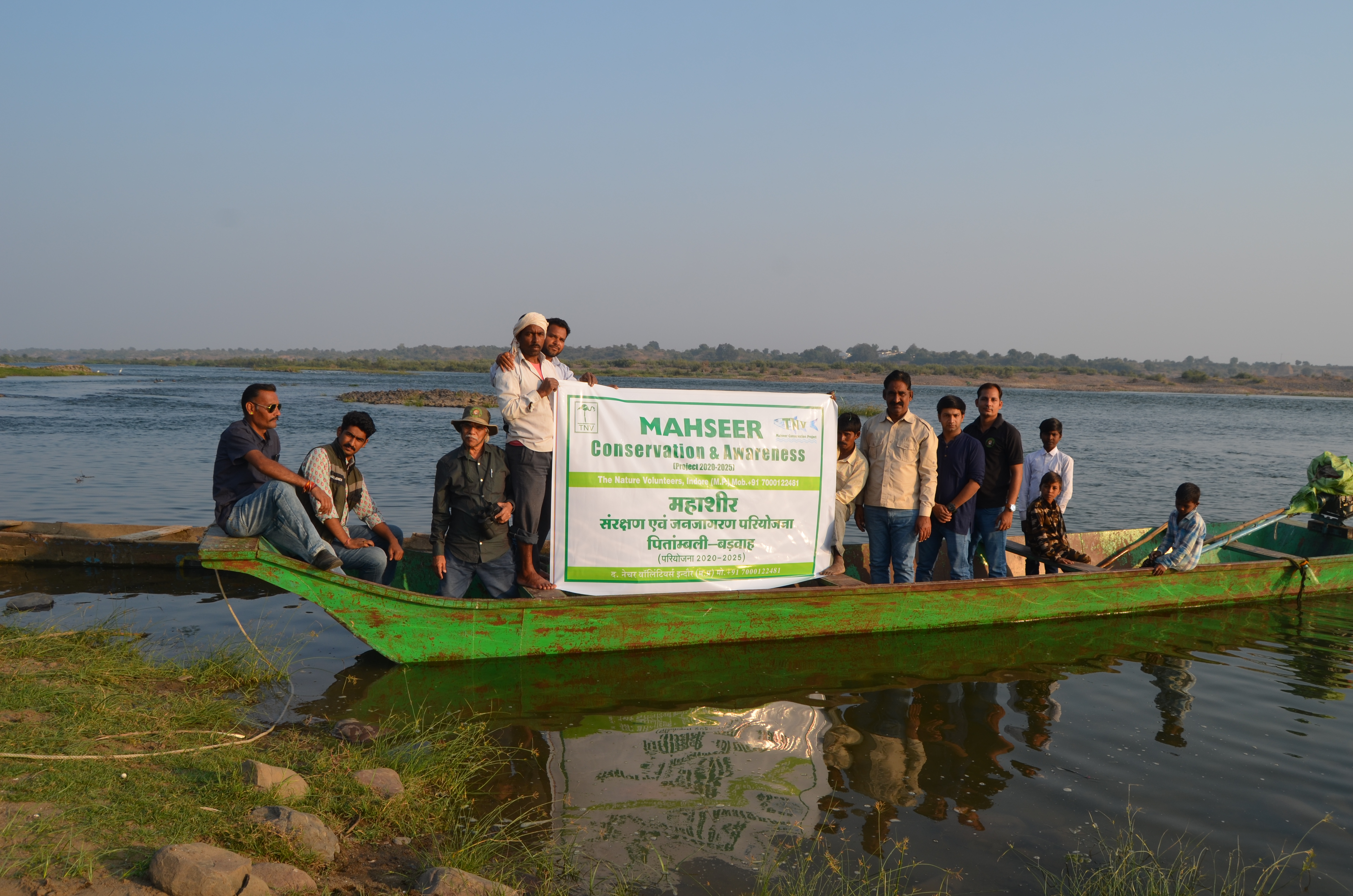 shores of River Narmada, the foundation stone was laid for a multifaceted
project for the conservation and promotion of Mahseer (genus Tor), the
state fish of Madhya Pradesh. 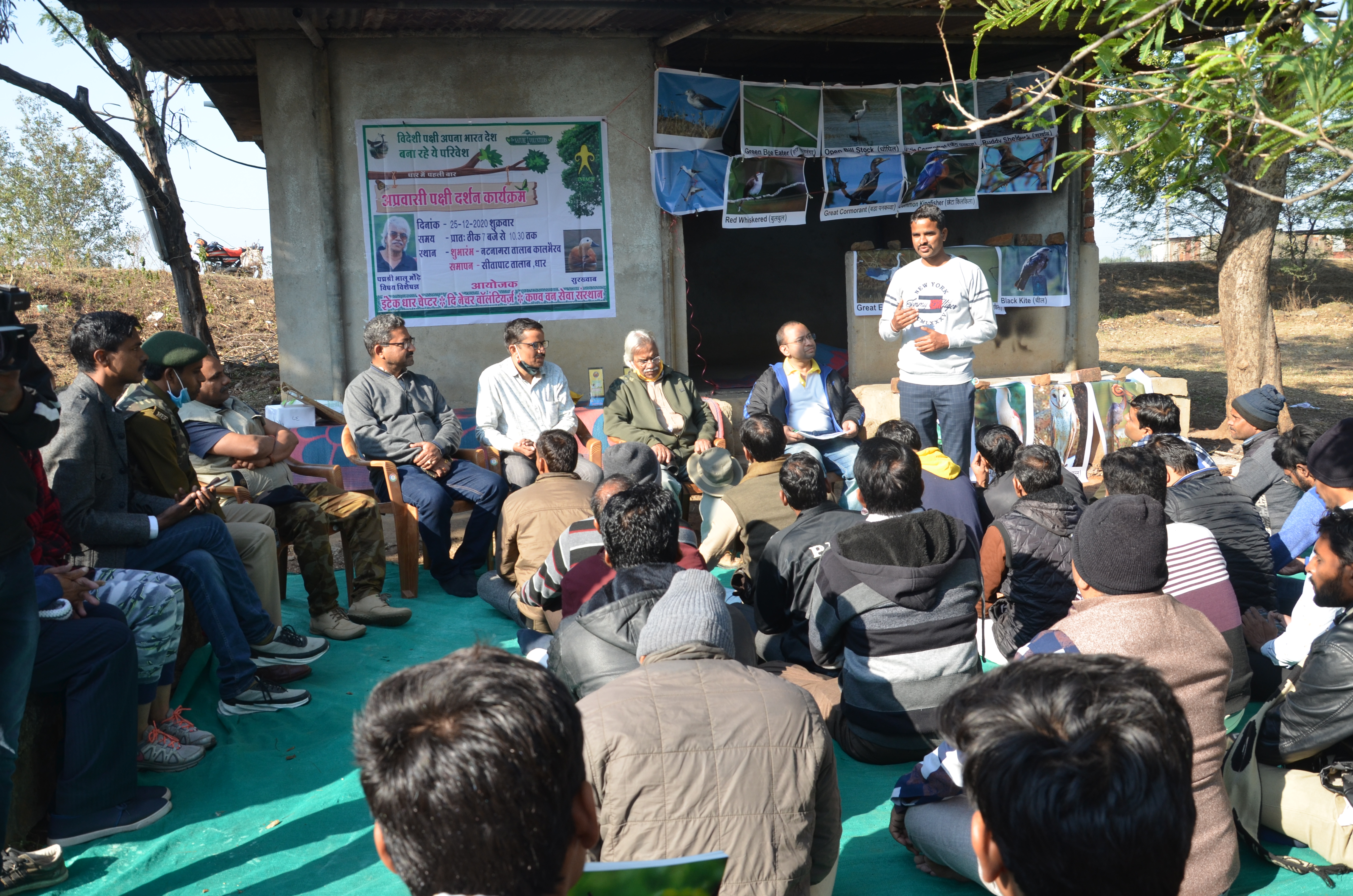 On 25th December 2020, TNV organised the first bird watching programmeat Dhar, in association with the INTACH Dhar Chapter and the organisation Kanva Van of Dhar. The event was conducted at all the important lakes and wetlands of Dhar district, where many species of migratory and resident
birds were spotted. 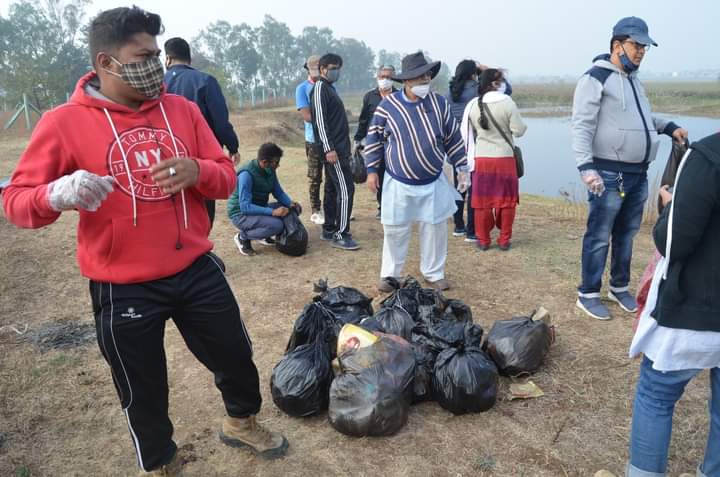 To create awareness regarding cleanliness and good health, TNV and the
Youth Hostel Association of India (YHAI), Indore chapter, jointly organised
a large-scale cleaning drive at the Sirpur Lake area on 3 rd January 2021. It
generated a very good response. Almost 100 volunteers participated in it.
Also, on the occasion, to promote the message of good health, a cycle rally
was organised from the Gangwal Bus Stand to Sirpur Lake.

On 10 th January, 2021, the Forest department organised the first ever bird survey at Sardarpur sanctuary, in Dhar district, about 105 kms away from Indore. There were 27 participants who were part of the survey, on 5 trails. A total of 71 species were spotted. Shri Ajay Gadikar, ornithologist and TNV member helped the forest department in compiling and finalising the technical report of the sightings. 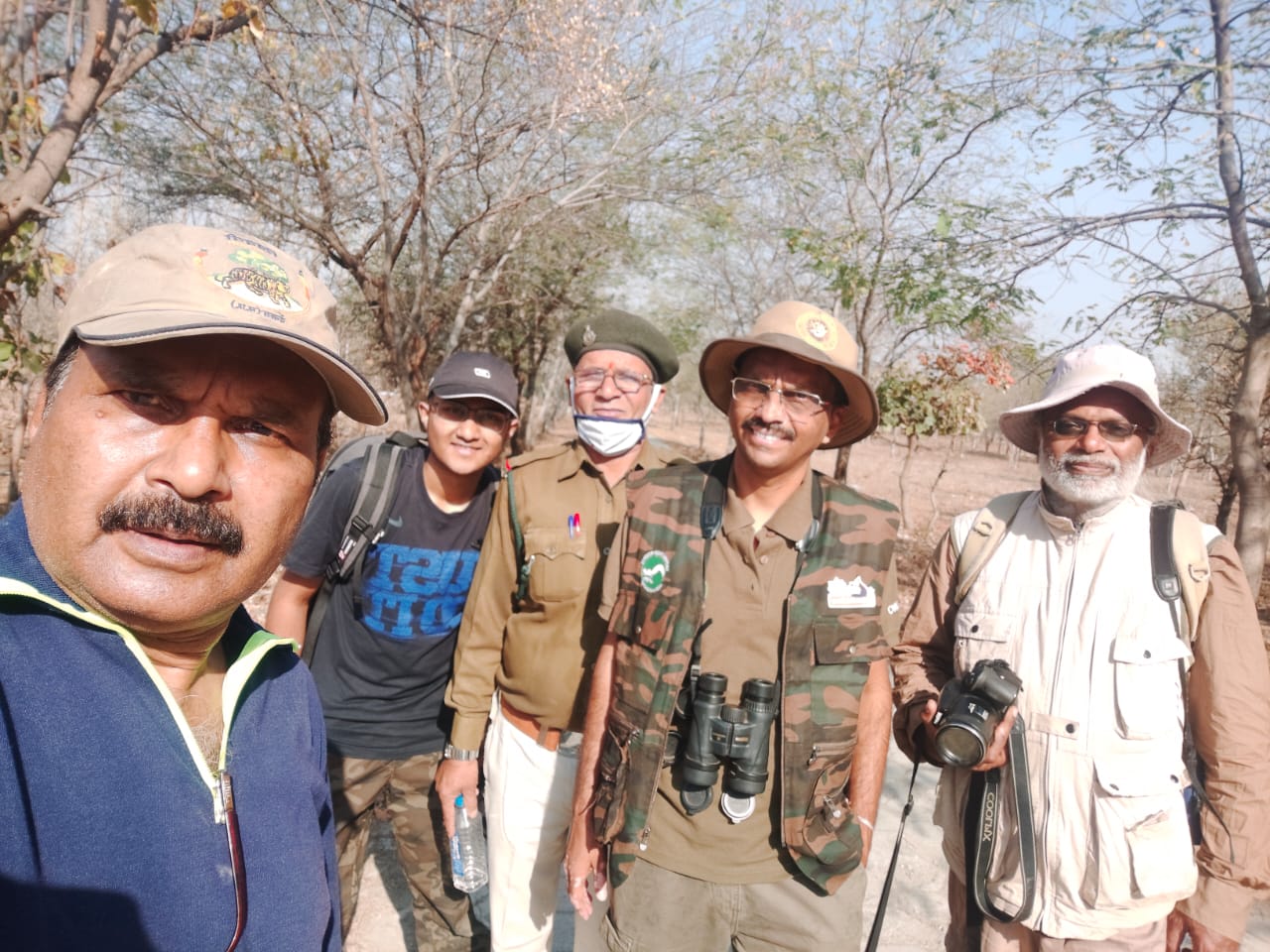 The first ever bird survey was conducted at Ralamandal sanctuary on 07th
March 2021 by the Forest department.
An enthusiastic group of 24 had gone birding, on 5 trails and a total of 84
species were documented. TNV members, along with Secretary Shri Dev
Kumar Vasudevan also participated in good numbers and our member Shri
Ajay Gadikar helped in collating and finalizing the technical report of the sightings.


Webinar: Birding with the Brigadier 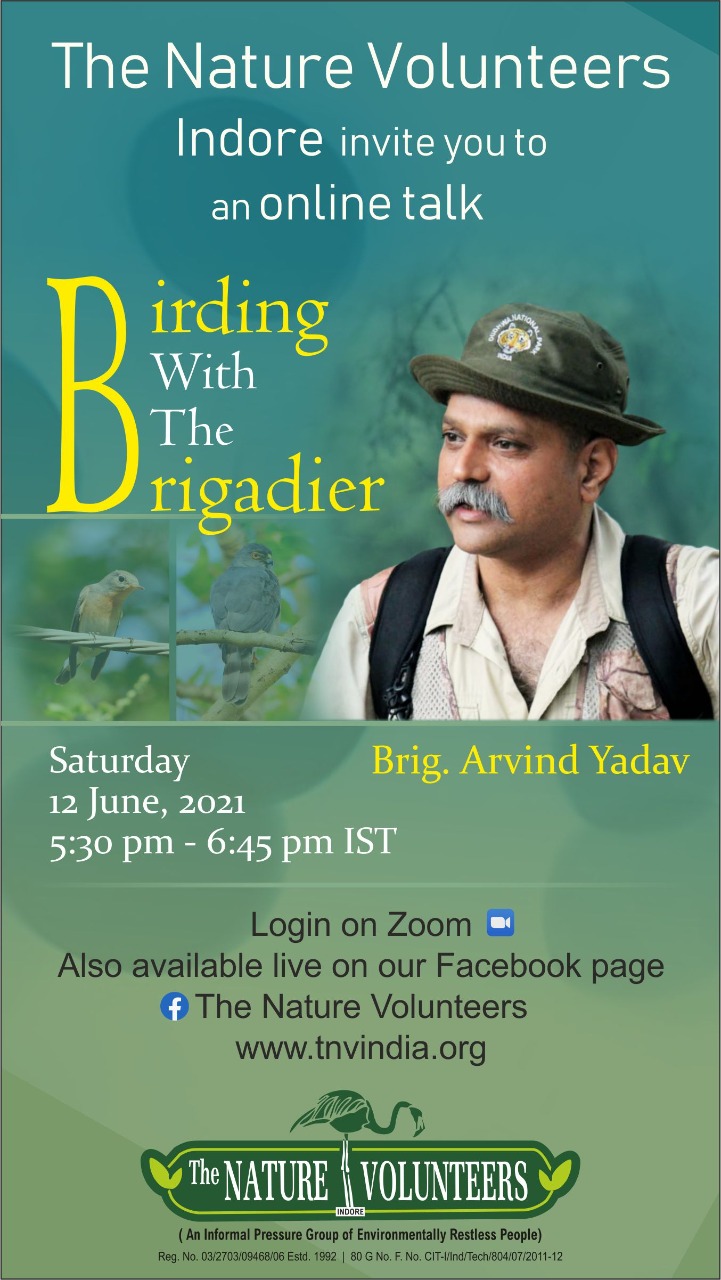 confined to their homes, so we decided to again go online and organise a talk titled "Birding with the Brigadier" by the eminent birder Brig Arvind Yadav on 12 th June 2021. Brig Yadav, a passionate birder, posted in Mhow, had completed one year of birding around Mhow, so we requested him to give a talk and share his experiences.
He has submitted 105 checklists with 276 species from 11 hotspots around Mhow. 15 species recorded first time in Indore region including two species sighted first time in Madhya Pradesh.
Kashmir Flycatcher and Indian Blue Robin, both passage migrants, were recorded for the first time in MP by Brig Yadav. Striolated Bunting, Red Headed Vulture, Common Buzzard and Pin Tailed Snipe were some other interesting sightings by him. Mhow lies on the southern Malwa plateau, the watershed of the Chambal and Narmada river basins. It has not been fully explored by birders.
There is a lot to learn from this passionate birder and hopefully this webinar would have helped many bird watchers. The attendance was very good and we wrapped up with everybody wanting another session with him, which we hope to organise in July 2021.